You are here: Home / dharma / Waking Up From the Mind of Whiteness 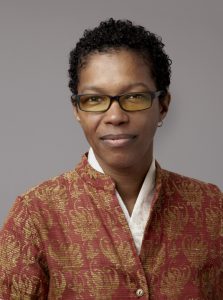 “once you recognize that there is something else operating that is beyond your ordinary sight, don’t bother with the content. watch the pattern. the content is a distraction from you being able to see the vastness of the construct because if you could see it, it would begin to fail. PAY ATTENTION. this isn’t about ONE INCIDENT. #BlackLivesMatter “

as a Buddhist, you may get this: just as the ego-mind is a construct that constantly reinforces itself, building structures & systems of control and develops attitudes & views that maintain it’s primacy and sense of solidity so that it can substantiate its validity, so, too, does the construct of whiteness. one could think of it as the Mind of Whiteness. you live inside that Mind, such that you cannot see—yet—outside of the reinforcing perspectives that affirm and perpetuate the White Superiority Complex. that complex would disintegrate if it could view the vastness of the presence of racial bias. so you and the vast majority of progressive whites, and i daresay especially buddhists, remain blind and thus ask questions that are very much a part of the need to escape the sheer anguish of how pervasive it is, how you participate and how seemingly inescapable it is. but just as the ego-mind cannot be used to work it’s way out of it’s own construct, so too can the Mind of Whiteness not be used to see through the veil of its own construct. so we sit. and we feel. and we let what arises do so until the resistance is worn down, or moved through or even overwhelms us. on the other side, we see a glimmer of something that we couldn’t get a handle on for our desperate need to avoid it. we see Truth. and when we catch a hold of it, we see the patterns of our participation in not-Truth emerge. but with a steady mind and true heart, what is apparent to others begins to reveal itself and emerge from behind the fog of our Ego-Mind of Whiteness (that btw, plagues non-whites just as much in different, but debilitating ways). i tell my students: once you recognize that there is something else operating that is beyond your ordinary sight, don’t bother with the content. watch the pattern. the content is a distraction from you being able to see the vastness of the construct because if you could see it, it would begin to fail. PAY ATTENTION. this isn’t about ONE INCIDENT. it is about the overwhelming pattern that forms the fabric of our lives here in America and cloaks our individual and collective humanity. we have failed ourselves. don’t get caught in the trap of the sifting through the fascinating sparkly details when the whole thing is a failure. divest your interest in this failure so that you can begin to develop Right View so you can even begin to see the forest rather than holding on for dear life to a tree. the simple answer: race is rarely all of the story and ALWAYS some of the story in America. period. he should have been indicted because he killed an unarmed person. of any color. but because of the PATTERN, i woke up from the slumber of believing i might finally be safe. i am not safe. my brother is not safe. my father is not safe. because we are wearing this color of skin. if we do not simply submit, we may be killed and not even a jury of so-called peers will have to wonder. having to simply submit, though, means we are not safe. we live in a constant state of low/med/hi-level fear as a people and it is validated on a daily basis. here is the impact of the pervasiveness of the Mind of Whiteness as it is expressed from bodies white, black, brown and yellow and red: because of what i have been taught, shown, experienced on a daily basis in my own fairly privileged life, i don’t assume all cops are racist…i assume all white people are.

and in case it’s not abundantly clear, i know plenty of other colored folks are racist, too. we are ALL working the pain, suffering and misery that the inhumanity of this system of oppression has cast upon us. i also know that as the dominate group that benefits from the perpetuation of said system, it is good, well-meaning white folks’ complicity that keeps in place.